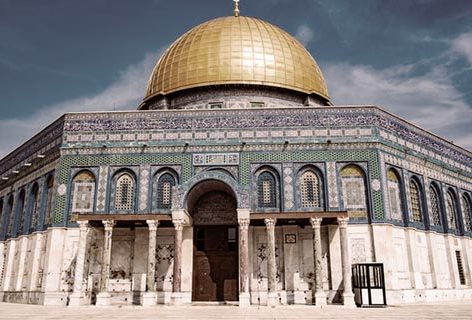 Jerusalem…Jerusalem holds significant value in Arabian history and also worldwide religiously from the Islamic and Christian perspectives. However, Ahmad Al-Damen, director and music composer of this documentary, uses the film treatment to shed another light  on Jerusalem as a vital space of the collective memories of people who were born in thehomes of Jerusalem before Israel confiscated and ethnically cleansed them by replacing  Jerusalemites with settlers.

In 1948, Israel occupied 85% of Jerusalem and expelled over 100 thousand Palestinians from their homes in Jerusalem and its vicinity. It further confiscated their assets and passed them along as Israeli heritage. Moreover, the delibrate forgery of chronological dating of the homes it confiscated.

In this documentary the director narrates the stories of several Jerusalemite families who have been carefully chosen to cover all the various aspects of the Palestinian cause. It depicts Jerusalem before and after 1948, an image portraying the memories of the film guests to unveil the truth about that period of time.

Mr. Munir Fasheh, Phd., a professor in education depicts a comprehensive image of his family and the home he was born into, while Engineer Hani Ibrahim Haqqi puts us in chronological context of the home he was born and raised into in Jerusalem. On the other hand, professor Gabi Baramki Phd. combines both his personal narrative and his family’s with the narrative of the home which his late father used to go to watch silently in pain without the ability to ever walk into it again.

The director then takes us to the front door of a house that witnessed the story of two families; one which built it, lived in it, and then forcefully expelled from it, while the other consifcated it, settled into it, and prohibited the orignial owners from ever setting foot into it even after 50 years from the date of expulsion

The narrative the documentary of the ‘red stone’ presents retells the story of the Palestinian Nakba (Catastrophie) from another angle in terms of the film treatment and film structure. It is a live testimony about the children who now became men yet their hearts still long for the homes they were born into, these homes represent their stolen memories and homeland. Up until this day they continue to try to visit their homes yet in may cases they are prevented and turned away by the Israeli families who confiscated them.

An aerial view of the city of Jerusalem shows that it has expanded along its southern side by 1881 around the time the Ottoman empire establisjed the railway connecting the cities of Jerusalem and Jaffa, Hence became what is known now as eastern and western Jerusalem. Prior to the Nakba around the time Israel started the ethnic cleansing of the city and its suberbs, Israel denounced residency rights to any Jerusalemite who left his home therefore subjecting his/her property to the zionist law known as ‘Absentees’ property law’ which entitles Israel to take possession of an absentee’s property even if the person returns to claim it!

Upon watching the documentary you will get familiar with:

Demolish your Home with your own Hands